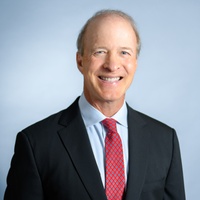 Scott serves as CEO/Chief Investment Officer at Coastwise where he is responsible for strategic investment decisions, portfolio management, and client relations. He chairs the Coastwise Investment Committee.

Investing in public and private companies for over 30 years, Scott offers a solid combination of Wall Street analysis, public market, private equity, and hedge fund experience, invaluable when it comes to sophisticated and effective money management. During that time, he has executed billions of dollars in securities trades/investments. Scott has been using options strategies to hedge equity positions and generate income since the early 1990s, while developing proprietary trading models and techniques. He is an 11-time winner of the Five Star Wealth Manager award.

Scott co-founded The Active Network, Inc. which was one of the original unicorns when it went public at a market capitalization in excess of $1 billion. Scott served as CFO and on the Board of Directors for Active from its founding in 1998 until 2002.

Scott started his finance career on Wall Street as a Financial Analyst at Chemical Bank (now JPMorgan/Chase) where he conducted analysis and due diligence on Fortune 1000 Companies.

Scott is the author of The Power Curve: Smart Investing Using Dividends, Options, and the Magic of Compounding (www.thepowercurve.com) which was nominated for a San Diego Book award. Additionally, he is the creator of the Power 100®, an annual stock index. Scott co-authored the novel, Via LaVie and the Friendship Code (www.vialaviebooks.com) with his daughter Liv, released in February, 2022.  Scott founded the Coastwise Spelling Prize (www.coastwisespellingprize.com) an annual spelling bee held in La Jolla, CA, as well as the Coastwise Prize for Investing Excellence (www.cwinvestingprize.com), a scholarship program that emphasizes financial literacy for High Schoolers.