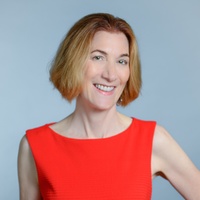 Laurie has served as Financial Advisor at Coastwise since 2012. She holds the Series 65 license and is also certified as a divorce financial analyst (CDFA). Laurie is the author of the Amazon best-seller, Every Woman Should Know Her Options: Invest Your Way to Financial Empowerment.

In 2017 and 2018, Investopedia named Laurie one of the 100 most influential advisors in the country. She has appeared numerous times as a guest contributor on San Diego television broadcast news programs. In her spare time, Laurie enjoys playing competitive squash and volunteering at the San Diego Financial Literacy Center.

Laurie began her financial career in 1989 when she worked as an options trading assistant for O'Connor & Associates, a former market-maker on the Chicago Board Options Exchange.

Laurie holds a B.S. in economics with a concentration in finance from the Wharton School of the University of Pennsylvania and serves on the Coastwise Investment Committee.