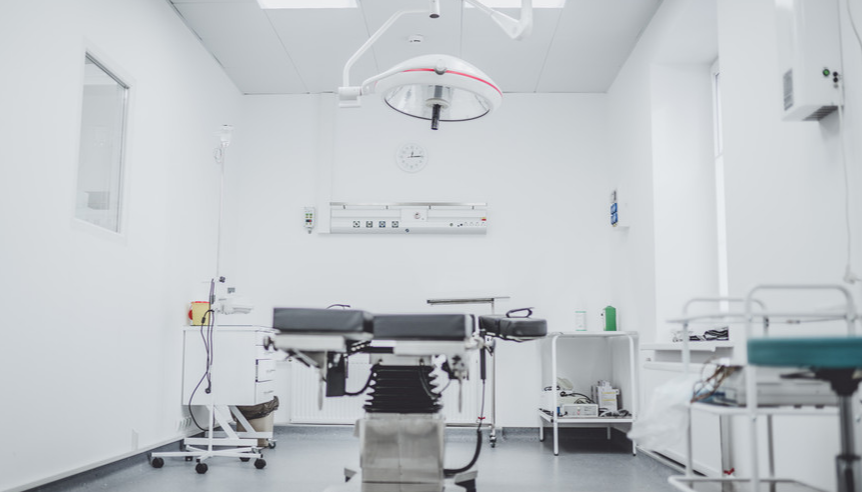 The Anatomy of Investor Gray Matter

I was warming up in the gym the other day on a spin bike and a TV show about doctors (Grey’s Anatomy) came on. I didn’t have the volume up so I could not hear what they were saying, but as soon as the scene shifted to an operation – blood and all – I had to avert my eyes. I’ve known since a very young age that I was not built to be in the OR. My own blood and pain? I can take that all day long, no issues there. But to see others suffering? Well, there is a reason I ended my pre-med track early during university.

When it comes to looking at portfolios and stocks – in rising markets and during blood baths like we witnessed in early 2020 - my heart does not flutter a beat and I can keep my eyes focused on the carnage (which I just view as priceless opportunities) all day long. In fact, it is during times of financial challenge (if not crisis) where I feel the most comfortable. If I had the equivalent emotional make up when it came to medicine, I would be an emergency room doctor ready and eager to take on the most challenging patients.

When it comes to money, there are all sorts of mental make ups. Some people are inherent risk takers who thrive on entering large concentrated positions and even using potentially dangerous leverage. Others are more ‘slow and steady’ oriented and are fine putting money consistently in the market and passively (and often prudently) letting the power of compounding work in their favor. Let’s define different approaches to money and understand where you may fit into the spectrum so as to help you achieve better results.

Investing can be defined as the allocation of capital today with the reasonable expectation of achieving a profit over time. Investing usually involves allocating money into different asset classes (stocks, bonds, real estate, etc.) with holding periods in years rather than months or days. A good investment can typically be analyzed by various well understood metrics like cash flow, valuation metrics (P/E ratios, etc.), and qualitative considerations like the soundness of management, relevant trademarks, etc. An example of investing would be putting money regularly into a well-diversified, low-cost index fund to help support retirement in 5+ years.

Trading often shares traits with that of investing (e.g., analyzing securities) but typically the holding time frames are much shorter (months, weeks, days or even hours). Thus, they tend to be less focused on the long term fundamentals and more fixated on things like momentum, technical analysis and the like. Traders are typically looking for short term profits and use various tools beyond the long term fundamentals of the underlying asset due to their reduced importance during condensed holding periods. An example of this sort of trade might be taking a position in a given stock just prior to earnings with the notion being the company is going to beat expectations, and thus the stock will ‘pop’ after earnings are released. If this prediction is proven correct, the stock is sold at a quick profit. If instead the results disappoint, then either the trader sells at a loss, or the trade turns into a de facto investment, as the trader – for psychological reasons – wants to get back to break even before selling, which often means an extended holding period not originally envisioned.

Speculating can be defined as forming an opinion or theory without firm evidence. Speculators often know very little about what they are buying and selling (and don’t really care) but instead are focused on things like short term price movements. In this case, a rising price is attractive, and the speculator is relying on the next speculator to pay an even higher price. Compare this with the investor who is focused on long term value, and indeed would rather see prices decline in the near term (so that large positions can be accumulated) as they have confidence price will eventually reflect underling value based on higher profits, etc. The investor relies on business improvements over time for returns, not the marginal buyer coming in to pay a higher price. An example of speculation is the purchasing of crypto currencies, especially those of lower prominence like Dogecoin. In this case, the coin itself has no inherent value. It does not produce anything, it does not in and of itself generate any profits. The price is simply what the incremental buyer is willing to pay, and in most cases once the proverbial music stops (and the speculators head off to the next great party), prices collapse as there was nothing fundamental there to support it to begin with.

Gambling can be defined as playing games of chance where the odds are inherently against you. All forms of investing, trading, and speculating involve risk. But, long term investing, despite what the media often portrays, is anything but gambling. In fact, over 95% of 10 year rolling periods dating back to 1926 in the US stock market have had positive returns – talk about odds being in your favor! However, in gambling, the longer you play, the more you are likely to lose. Put another way, stocks are up about 70% of any given year, and as time increases, that % goes up and up and up to eventually reach 100% at around 15 years. So, if you own stocks, you are the ‘house’ and have a huge edge over time. Compare this to obvious forms of gambling like the roulette wheel in Vegas. In this case, all it takes is a less than 2% edge (the house wins about 51.3% of the time) for the casinos to eventually take all of your money. Imagine a game in Vegas where you won 70% or more of the time if you played long enough! All this considered, you should treat your gambling as a form of entertainment and limit your budget accordingly.

We have all likely engaged in some amount of each of the above. The key is to know, going into a particular allocation of capital, what your specific approach and objectives are. Heading to Vegas for the weekend? You will clearly be gambling, you should expect and plan to lose whatever money you gamble with, so set aside an amount you can afford to lose and enjoy it while it lasts. By putting up intentional barriers (only having a preset amount of money in your wallet/purse when you enter the casino) you can keep your gambling allocation in check where it should be.

The majority of your capital should be dedicated to investing which, if done right, should feel like the opposite of the rush of a roulette wheel or blackjack hand. Investing should be methodical, boring, rational, and over long periods of time, fairly predictable. Unfortunately, people tend to have the emotional need for ‘action’ when it comes to their investing, but truth be told such levels of adrenaline rush should be reserved for very selective and intentional trading/speculating/gambling.

An experienced, disciplined Financial Advisor can help you identify and set up systems (like automated investing) – and barriers (like putting smaller sums of money into a trading account that is kept separate from what the Financial Advisor is doing for you). At Coastwise, we use sophisticated tools to combine, where appropriate, trading and investing, using inherently shorter term options to generate income to cover near term needs, while still holding equities with the goal of benefiting from long term compounding. Working closely with your Financial Advisor will help you achieve your important goals over time and keep the natural behaviors that can work against you reaching your near and long term financial objectives to a minimum.

The professionals at Coastwise are pleased to announce an enhanced platform to teach valuable options skills to investors and traders. The use of options in portfolios has exploded in recent years, yet most investor and traders are woefully undereducated and ill prepared to understand and manage the positions they enter. At Coastwise, we have decades of experience – and have executed millions of options contract trades – which can help those considering using options as part of their investment strategy. Signing up for 1 on 1 hourly sessions with a seasoned Coastwise professional is easy.