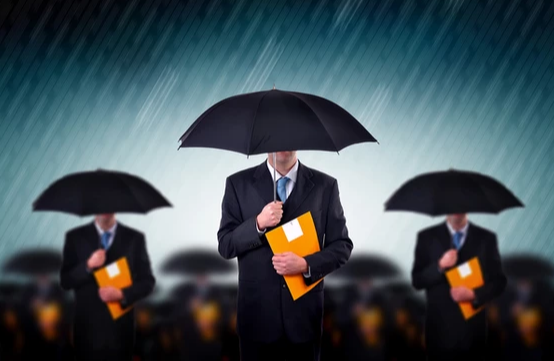 How Not To Be Wrong (As Often)

A couple years ago I read a great book, How Not to Be Wrong: The Power of Mathematical Thinking. The basic theme of the work is that humans tend to either intentionally, or subconsciously, interpret numbers and facts in ways that lead to faulty conclusions and thus actions. One reality can be portrayed – and thus perceived – in dramatically different ways depending on the intentions and biases of both the sender and receiver.

For example, let’s say a governor of a low population state implemented strict gun control laws at the beginning of his tenure intended to reduce homicide rates. For the first 7 of his 8 years in office, death rates due to gun violence drop steadily from 10,000 annual deaths down to 2,000 per year. The final year of his governorship the death rate rises to 3,000. His opponent states (accurately but misleadingly), “…under the term of my opponent, deaths by guns rose an astounding 50%! Kick the bum out of office.” While this statement is technically true – during the time the presiding governor was in office (year 8), there was a rise of 50% in gun deaths (from 2,000 to 3,000), if you take the entire period in office, which is clearly more representative of his performance on this matter, gun deaths went down dramatically.

This phenomenon of manipulating numbers – picking start/end dates in stock market return data to fit a particular point – are far more common than you might realize (whether intentional or subconscious). Lesson learned: just because someone is citing numbers does not mean they don’t have a bias and/or are not ‘manipulating’ the data to serve a specific purpose.

Related and perhaps more relevant, people often take preconceived biases into upcoming events – either those which are known (e.g. an election) or unexpected (e.g. a terrorist event) and extrapolate a dire consequence when the facts on the ground (AKA fundamentals of their portfolio) strongly suggest otherwise, at least over time.

Look at recent events: if you had a crystal ball and could see headlines for November 6th - days after the election and when Presidential contests are usually called - you would likely have sold your stocks hand over fist prior to the election (especially if you favored Trump). News of bitterly contested elections and record numbers of COVID cases blared from every TV and computer screen across the country from Tuesday onward that week. Yet stocks rallied hard in the face of this news (and this was even without the positive data around vaccines which followed). If you had exited the market prior to the election, you would have given up a good year’s worth of stock market gains. This would have supported the statistical fact that if you miss even the few best days of any given year, your stock market returns plummet to fractions of what the overall market provided during any given annual period.

There are many clear examples where the market reaction – whether immediate or soon thereafter - to a major news event, was the opposite of what one would have expected. This further highlights the points that: 1) market timing is a fools game, and 2) it is vital to focus on long term company fundamentals, not the ever-changing headlines which will impact stocks in the near term (this should not matter to you anyway if you have the appropriate time horizon for stock ownership in years, not days, weeks or even months). Check out a few:

When OPEC met a few years ago, everyone expected the price of oil to tank were the cartel unable to agree on production cuts (which they didn’t). The opposite occurred, and prices actually rose post the failed meeting.

In August 2011, Standard & Poor’s announced its first ever downgrade to US sovereign debt. After a brief sell off, bonds continued their decades long rally despite the unprecedented move.

Post the 9/11 terrorist attacks and subsequent market closures that hit the nation and the heart of our financial center, stocks recouped all their losses within months.

Going into the 2016 Presidential elections, the S&P 500 declined 9 straight trading sessions, one of its longest losing streaks in history. As it became clear late into election day that Trump had a shot at winning, US stock futures plunged with big time investors like George Soros and Mark Cuban very briefly looking like geniuses for their predictions of market mayhem should long shot Trump win (and backing their views with bearish market bets to profit from the possible declines). Within minutes of the market’s opening the following day, stocks reversed course and increased materially in price for months on end, proving once again the futility of predicting both the outcome of major events let alone market reactions thereof.

There are many ways to increase the chances of not being wrong. One is to simply tune out the noise that ultimately will have no fundamental long-term impact on your stock holdings. It’s hard to be wrong when you are not forming an opinion on every latest headline. Another is to be discerning on the information you receive, even from so called experts. Often, they have a bias (they are not your Financial Advisor with a fiduciary duty to do and say what is in your personal best interest) and ‘massage’ information to pursue an agenda. Not to mention, even professionals who get paid big bucks to prognosticate often get it way wrong – even with good intentions and no inherent biases (virtually every major hot shot Wall Street analyst predicted strong stock market gains in 2008: it plunged over 40%). It is easier to get caught up in the day to day hype and hyperbole than it is to read a balance sheet, but as the saying goes, garbage in garbage out. So, focus your time and attention on long term fundamentals (or work with someone who will do this hard work for you). Recognize that at best today’s headlines will look very different a short time from now, or at worst you are being fed misinformation which can be dangerous to your future financial health should you act on it.